Showing posts from July, 2018
Show All

The Lady Boys of Bangkok are currently wowing audiences with their unique superpowers on the Wonder Women tour. It comes as TV’s first transgender superhero was revealed this week, sparking conversations about the way these franchises are embracing LGBT.  Actor Nicole Maines has been cast as Nia Nal – also known as Dreamer – in the fourth series of Supergirl, a character dubbed ‘a soulful young transgender woman with a fierce drive to protect others’.  Previously broadcast on Sky One in the UK, the show is based in the same universe as other DC comic franchises The Flash and Arrow.  Nicole will be accompanying Melissa Benoist’s Supergirl on the show as an employee of CatCo Worldwide Media. However, Nicole has suggested Nia Nal’s plotline doesn’t need to, and won’t necessarily, revolve around her being trans.  The actor, who is transgender herself, faced prejudice in 2014 when her school stopped her using the girls’ toilet. But Maine’s Su
Post a Comment
Read more 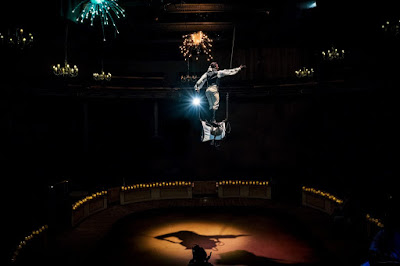 Long before ‘greatest showman’ P. T. Barnum’s famous three-ring spectacle, Philip Astley had already breathed life into the idea of a thrill circus here in the UK – and was stunning audiences with his concoction of equestrian stunts, acrobatics and slapstick comedy.  Astley’s Astounding Adventures at the New Vic tells the story of how this humble cabinetmaker’s son from Newcastle-under-Lyme became the original greatest showman.  Performed as part of Circus 250 – celebrations honouring the 250th anniversary of the birth of circus – this ingenious show, directed by Teresa Heskins , features her trademark style which audiences will be familiar with from shows like Around the World in 80 Days as well as the annual Christmas shows.  Horse riding stunts in Astley's Astounding Adeventures, at the New Vic. Image: Andrew Billington While this is a family-friendly affair, I think the title of the play does it a disservice in making it sound more child-oriented, when act
Post a Comment
Read more

When did you last go to a fantastic festival? We all love a good bop and the best kind of bop is a bop to some pop. Speaking of pop, there was a promising pop line up at the Lollapalooza music festival in Paris. The 2-day festival spanned over the weekend just passed (21st and 22nd July). Who have you missed that you would like to have seen? The official line up - Lollapalooza 2018 Paris     Here are just a few of the pop artists that delivered excellent performances! Twenty year old Zara Larsson stole the afternoon on Saturday. Her energy and charisma flooded those around the main stage with her infectious chart hits. She started with 'Never Forget You', ended with 'Lush Life' (of course) and between treated fans to 'Girls Like', 'I Would Like' and even a 'Shape of You' cover originally sang by Ed Sheeran. If you've not listened to this Swedish siren you're missing out! You've probably already heard a 'Symph
Post a Comment
Location: Bois de Boulogne, 75016 Paris, France
Read more 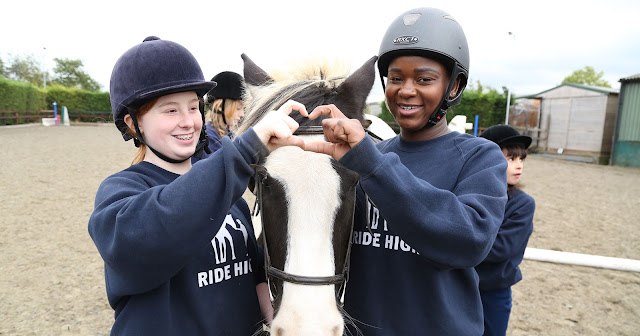 This year on our Renaissance tour we are raising money for Ride High, Ride High is a wonderful organisation that leads mislead children onto a better path for themselves. Over 80 children go to Ride High every week for up to a year and follow a program of structured learning which includes learning to ride and care for horses and associated club room projects.     Time spent with the horses promotes confidence, responsible behavior, respect and trust. It provides the children with a challenge, the opportunity to do something special and to develop a sense of pride as they overcome challenges. The horses are invaluable but they are just the start of our program.      Structured activity drives the biggest transformation in children. In the safe and secure environment provided by Ride High, their qualified teachers work with the children to build their confidence and life skills required to go out into the world and participate fully in life.     In addition to their we
Post a Comment
Read more 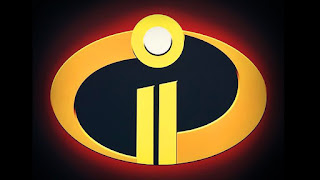 FILM Our film recommendation this month obviously has to be Incredibles 2 release date July 13! After 12 years of waiting how could it not be? We can’t wait to see the superhero family on the big screen once more! MUSIC Our July album pick is George Ezra’s Staying At Tamara’s. Following his debut album, Staying At Tamara’s is a beautiful second album that shows signs of maturity both musically and lyrically and takes you on a journey. The album is full of enough diversity to keep you hooked by each song whilst maintaining an easy listening flow. Perfect for the warm weather that seems to be continuing into July. Why not listen to a live video of one of the albums tracks here: https://www.bbc.co.uk/music/artists/2c5e2a98-d9ea-46b5-9618-d9bb4863a920#p06cbkf5 ENTERTAINMENT Shows to go and watch have to be our current shows on tour! We have The Lady Boys of Bangkok currently in Bristol who will be doing a short theatre tour before landing in Aberdeen. You
Post a Comment
Read more
More posts