Showing posts from November, 2015
Show All

A pick of our favourites from this years Victoria's Secret Fashion Show... 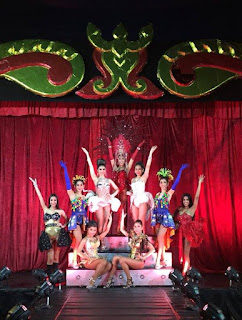 The Victoria's Secret Fashion Show, arguably the biggest fashion event of the year, took place last night in New York and it. was. FABulous. Well, the pictures looked fabulous. We, of course, had invites but, sadly, had to decline as we're currently glamming it up with the people of Belfast on Custom House Square. We did, however, find time between shows to admire the beautiful clothes and amazing acts - so here's a pick of what we loved at this years Victoria's Secret Show. This year marked the 20th anniversary of the fashion extravaganza and they certainly celebrated in style... ba dum tss... the show involved 47 beautiful catwalk models, saw the début of 10 new Angels and even included some famous faces such as Gigi Hadid and Kendall Jenner - who both looked amazing! Gigi Hadid   Kendall Jenner You wont be surprised to hear that the beautiful models were wearing some beautiful lingerie... Candice Swanepeol Martha Hunt
Post a Comment
Read more
More posts