Showing posts from October, 2019
Show All

Q&A with Karl Shaw, author of The First Showman 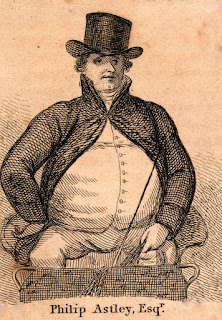 Gandey World Class Productions has celebrated over a century of entertaining audiences with spectacular shows like Gandeys Circus and Cirque Surreal - both currently enjoying runs in Dudley and the intu Trafford Centre respectively until 3rd November. But paving the way for the Gandey success story, for more than four decades Philip Astley managed and performed in the world’s first modern circus. In this week's blog, we find out some interesting facts from Karl Shaw , who lives in Astley's hometown Newcastle-under-Lyme, and is the author of 'The First Showman', set to be published later this month...  An artist's impression of Philip Astley, the founder of modern circus.  Q: Tell us about Astley's claim to fame as the founder of the modern circus and original 'showman'... A: Before the big tops, a hundred years before P.T. Barnum sold a ticket, Philip Astley was the world’s original circus mogul, a natural born showman with an eye for eve
Post a Comment
Read more 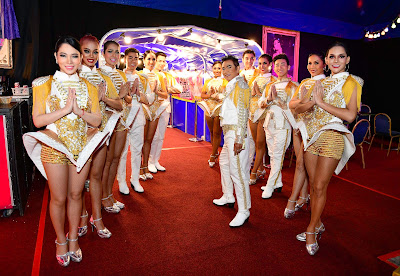 If you've seen  The Lady Boys of Bangkok 's incredible 21st anniversary production, The Greatest Showgirls Tour in 2019, you'll know that our cast - including some of the world's most beautiful showgirls (who just happen to be men!) - really pulled out all the stops to make this year's show the glitziest and most glamorous yet! In 2019 we popped the champagne to welcome four new cast members, including Dew, Lilly, Arthur, and the UK's only dwarf drag queen, Jamie John. They joined popular performers from last year's Wonder Women tour Amy, Bombay, Jennifer, Naomi, Nat, Nikky, Oak, Ole, Mr Sak, Sonya, Steven and Thierry to pay tribute to some of the biggest divas of all time.  Every year we dish out awards for the top cast members... and it's that time again! We've been busy in the office deciding our favourite artistes of 2019, but now it's time for YOU to cast your vote as well, for the People's Choice Award.  All those who vo
Post a Comment
Read more 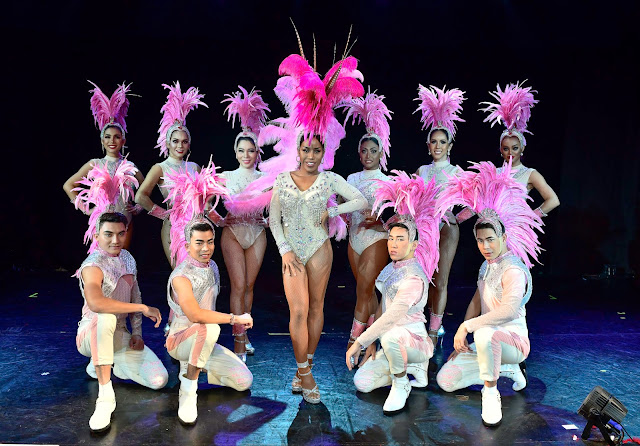 For 21 fabulous years we've been bringing the party to towns and cities across the country, which has given us the opportunity to explore a wide array of bars, clubs and restaurants. You'd think by now we would have graced the entire country with our glitz, but there's still plenty of places left to explore. In fact, we're making our debut in Newcastle-Under-Lyme in just a few weeks time! We've definitely developed a few favourites over the years, so we thought we'd share them with our wonderful fans!  The Lady Boys take their picks of their favourite bars and restaurants around the UK  Her Majesty's secret Service Whiteladies Road, Bristol, BS8 2PH For a quintessentially British bar experience, Her Majesty's Service will hit just the spot! HMSS celebrates sophistication with it's demur decor and array of classy drink options. If you're looking for a night to wear your best top-hat and tails then we suggest this Bristol h
Post a Comment
Read more
More posts